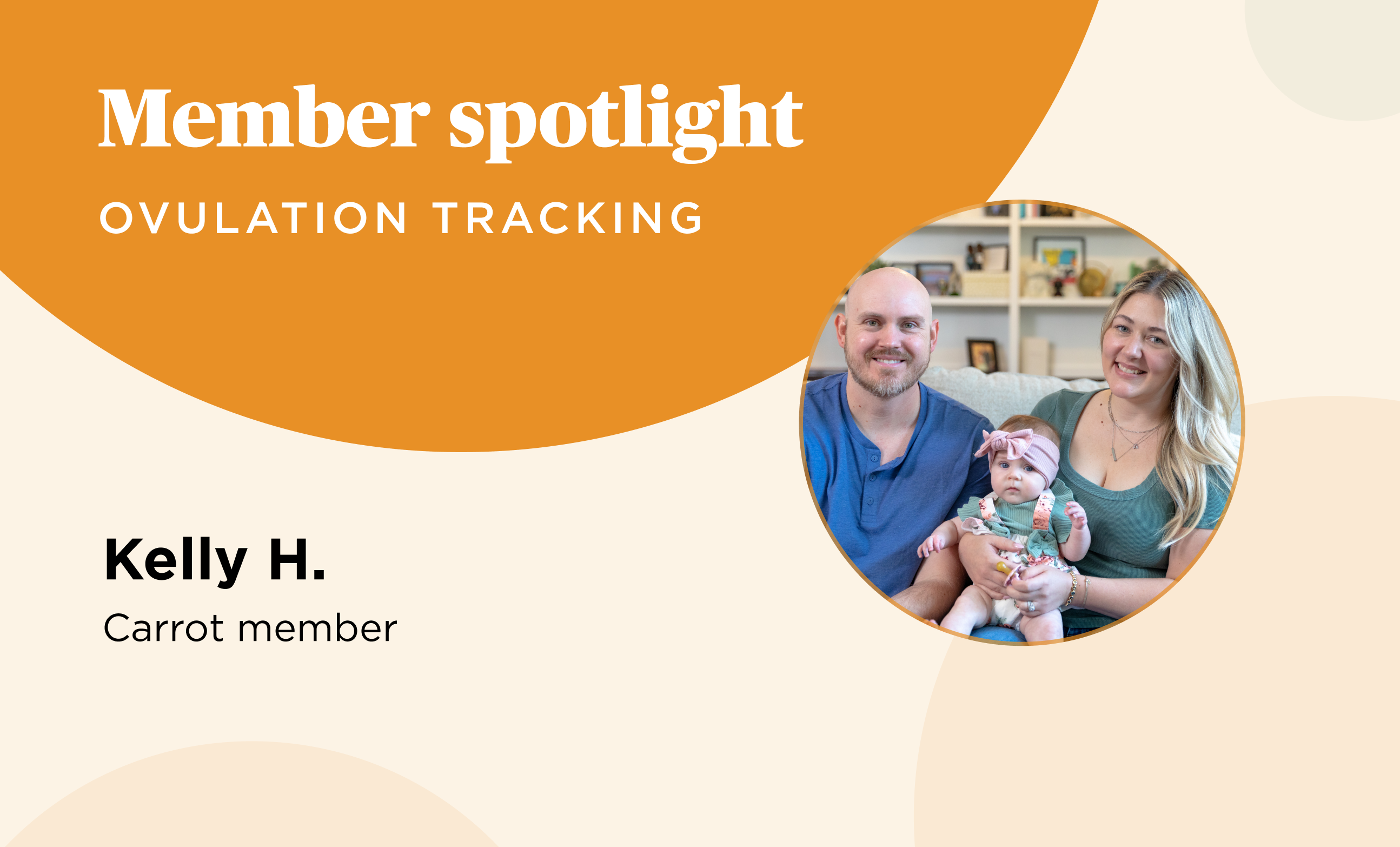 Carrot members Kelly and Steve’s journey to parenthood wasn’t straightforward, but their love for each other, Harry Potter, and video games stayed constant as they navigated the ups and downs of trying to get pregnant.

After meeting in an adult kickball league, they began dating and got married in 2017. Their decision to become parents wasn’t immediate, though. While Steve always knew he wanted to be a parent, it wasn’t as clear for Kelly. She wanted to focus on her career and often wondered how she could be as good of a mom as she was at her job.

After thinking about how to balance her career and motherhood, Kelly ultimately decided that it was important to her to try to build her family. She realized that neither motherhood nor her career defined her, and she could thrive in both areas. But getting pregnant wasn’t as easy or as instant as what her high school curriculum taught her.

“As a woman, you’re told your whole life that you’re just super fertile,” Kelly reflected. “You think it’s easy to get pregnant, so when it doesn’t happen, you wonder what you’re doing wrong.”

Steve and Kelly coped with the challenge differently. Steve was hopeful. He knew that they hadn’t been trying too long and didn’t want to put any pressure on either of them. Kelly was anxious, turning to the internet and social media for answers.

After eight months, Kelly started to wonder if they might end up needing to pursue fertility treatments. She tentatively scheduled an appointment with her OB/GYN for four months later — one full year into their journey to get pregnant — to discuss their options.

Kelly knew her company offered fertility healthcare and family-forming benefits through Carrot, but she assumed these fertility benefits only provided financial support for in vitro fertilization (IVF) and other fertility treatments. Then one day, a coworker mentioned on a video call that she had purchased an ovulation tracking bracelet through their Carrot benefit. Kelly learned that in addition to the funds that her company offered for fertility treatments, she could use other Carrot resources to learn more about her fertility health and track her ovulation. She was familiar with ovulation trackers from her hours of scrolling online, but didn’t look into more advanced options since she was already tracking her cycle with a free app. Once she heard her co-worker rave about the wearable tracker she was using — and that she could access it at no cost to her — she was confident this was the right next step to take.

She signed in to her Carrot account and ordered her own tracker. The difference was clear right away. The free app she was using calculated her fertile window based on the days of her menstrual cycle, but the tracker collected real-time data and offered personalized guidance. While she slept, the tracker measured changes in her body temperature to determine her fertile window.

“I was able to input more information about myself. And as the tracker was learning more about my body, it was getting much more specific in narrowing down ovulation times,” Kelly explained. As she continued to use the wearable, she learned more about herself, her body, and just how many misconceptions she had about getting pregnant.

“I learned that ovulating happens in a couple of hours versus over a couple of days. I found it really important and really helpful to learn more about my body,” she shared.

Kelly had been using the ovulation tracker for four months when she reached for her glass of wine while watching Harry Potter. She paused — something felt different. Without Steve knowing, she quietly went to the bathroom to take a pregnancy test. While she had taken pregnancy tests before, this time was different. She was calm. After taking it, Kelly interrupted Steve playing video games with her positive test. They hugged, took another test, and Steve celebrated by finishing her glass of wine. In what Kelly considers a full circle moment, her OB/GYN later confirmed her pregnancy at the appointment Kelly made months prior to discuss her fertility treatment options.

After their daughter, Ryan, was born, Kelly described parenthood as a wild journey. “People have always said that nothing can prepare you for your first baby, and I can attest that’s totally true,” she said. “There’s this whole other person in the world that you just love and want to take care of and would do anything for.”

And as they continue on their wild journey through parenthood, Kelly shared what she wishes she had known before trying to get pregnant.

“It would’ve been nice to start using Carrot sooner,” she shared. “There’s a stigma that something needs to be wrong for you to reach out and look for help. But if you just log in to Carrot and look at the resources available, it could help you avoid sleepless nights and self-doubt.”

Not all fertility healthcare journeys involve fertility treatments. For Kelly, learning more about her body and improving her ovulation tracking was the next step she needed. Kelly and Steve’s journey to parenthood wasn’t what they expected, but together, they navigated their journey with confidence and ease, supporting each other every step of the way.

If you want to learn more about bringing inclusive fertility healthcare and family-forming benefits to your employees, get in touch with us.
If you’re a Carrot member, sign in to your account to take the next step in your journey.

By
Carrot
Any general advice posted on our blog, website, app or social media platform is for informational purposes only and is not intended to replace or substitute for any medical advice, diagnosis, or treatment. Carrot Fertility makes no representations or warranties and expressly disclaims any and all liability concerning any treatment, action by, or effect on any person following the general information offered or provided within or through the blog, website, app or social media platform. As Carrot is distinct from any third party providers with whom we partner to provide applications, products, and services to members, we are not responsible for the quality, integrity, safety, accuracy, availability, reliability, or legality of such third party applications, products, and services. Further, Carrot is not responsible or liable, directly or indirectly, for any damage, harm, injury, or loss of any kind caused or alleged to be caused by or in connection with the use of or reliance upon any content, material, or services available through any third party providers.
Read more 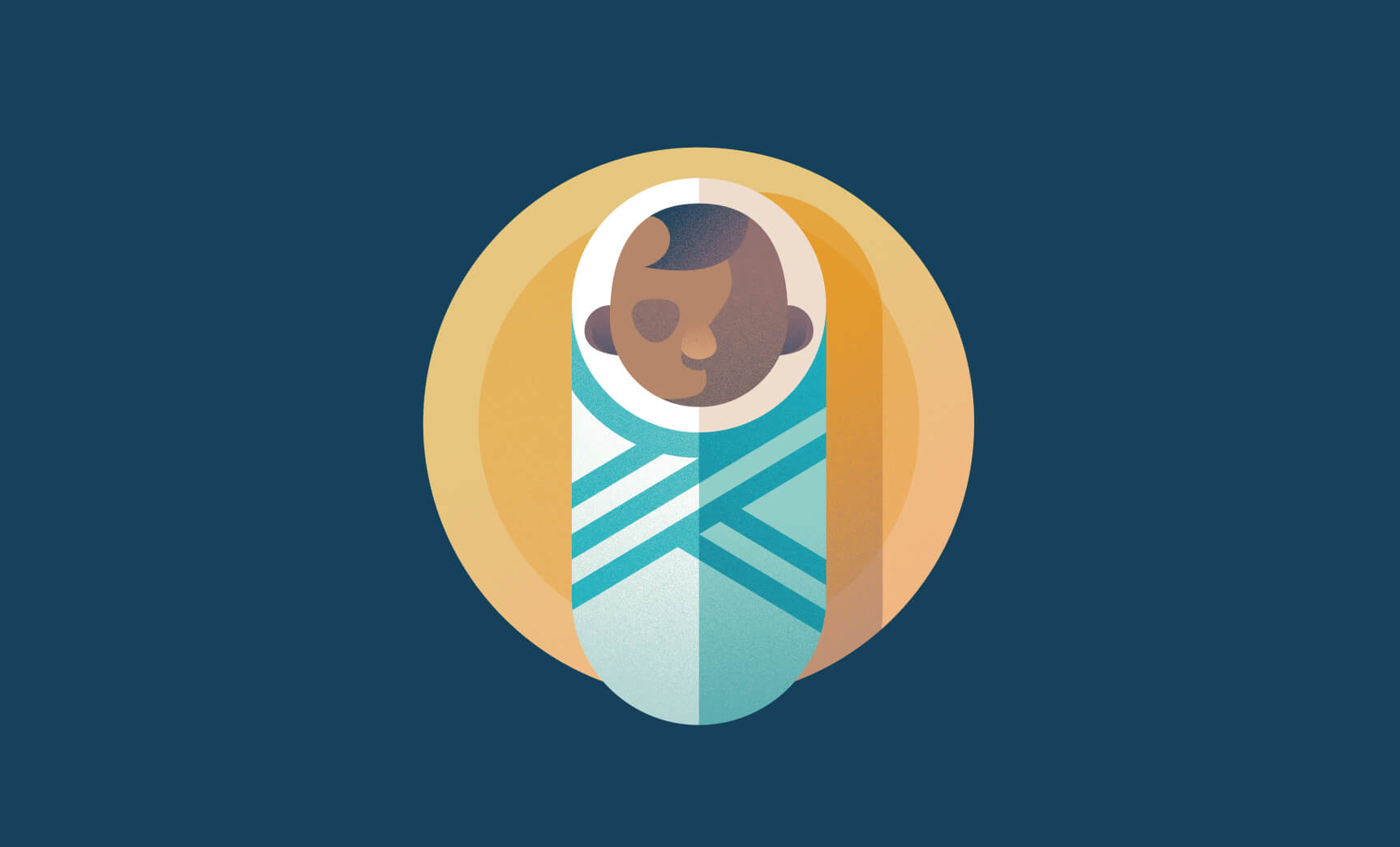 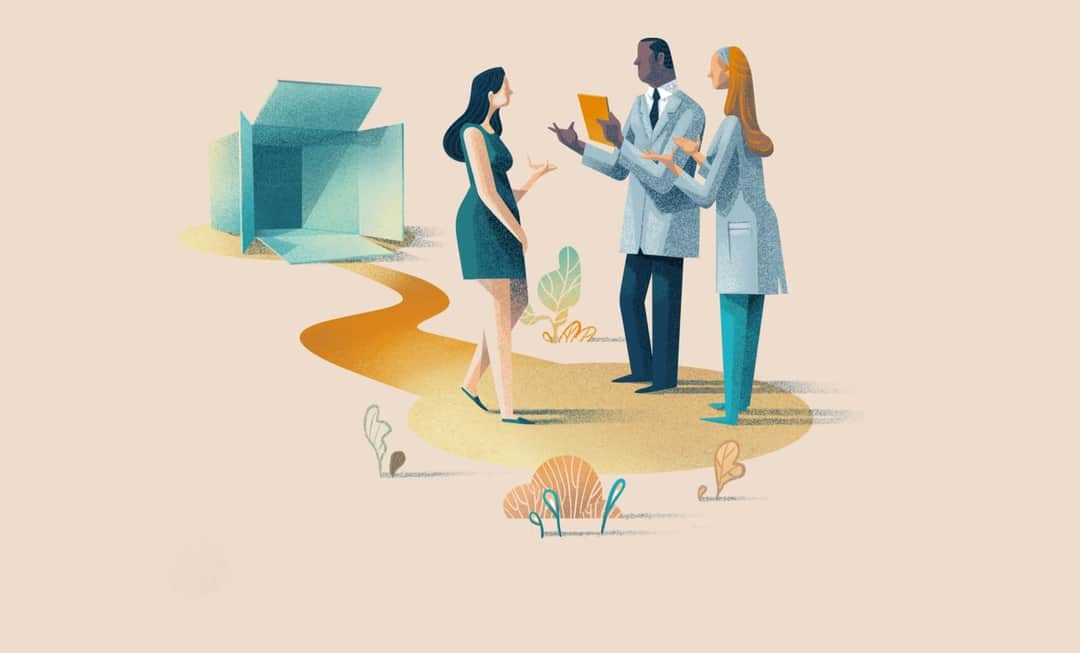 LGBTQ+
What is reciprocal IVF?
Here's what you need to know about reciprocal IVF and how it can support LGBTQ+ employees.
Read more 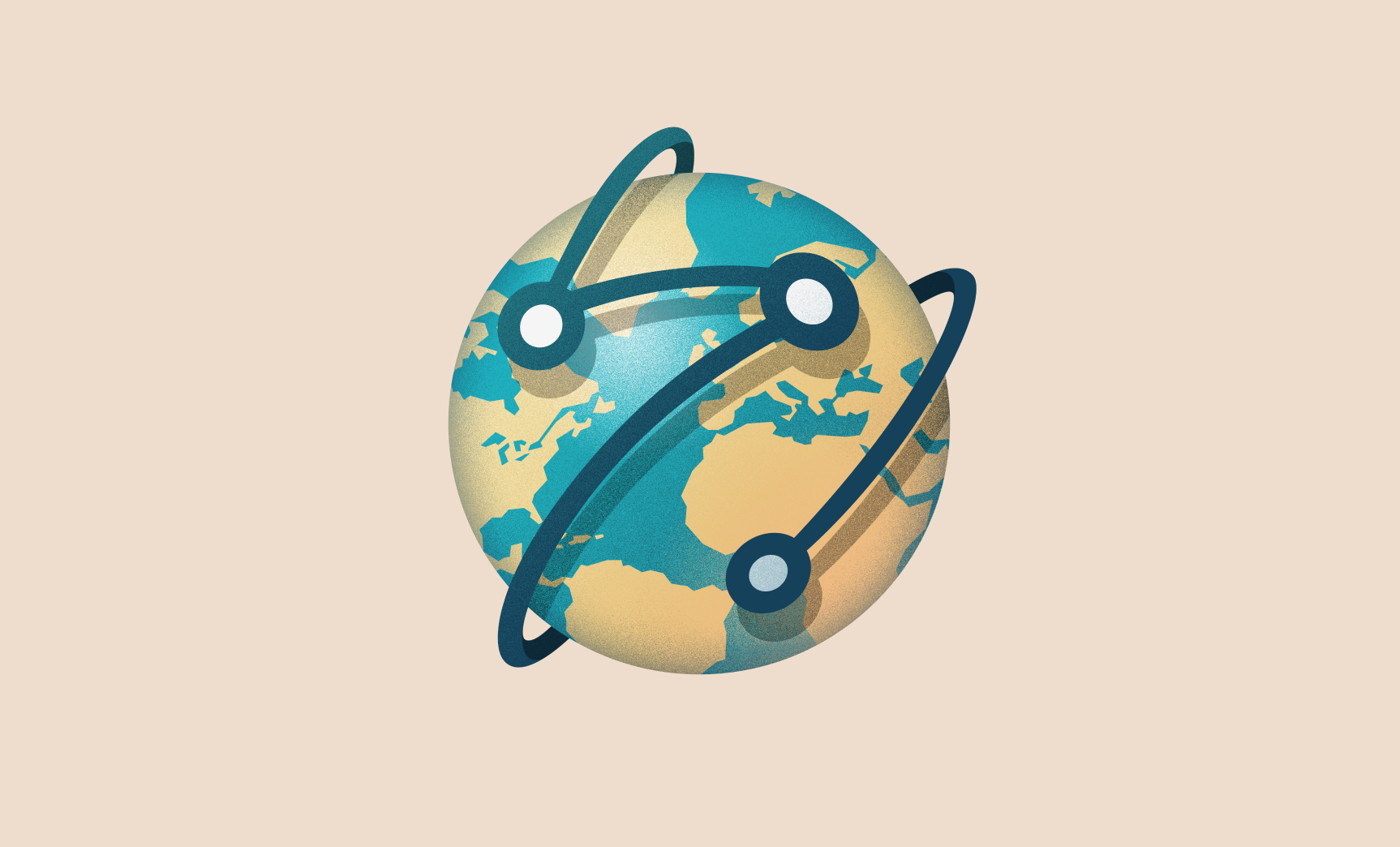